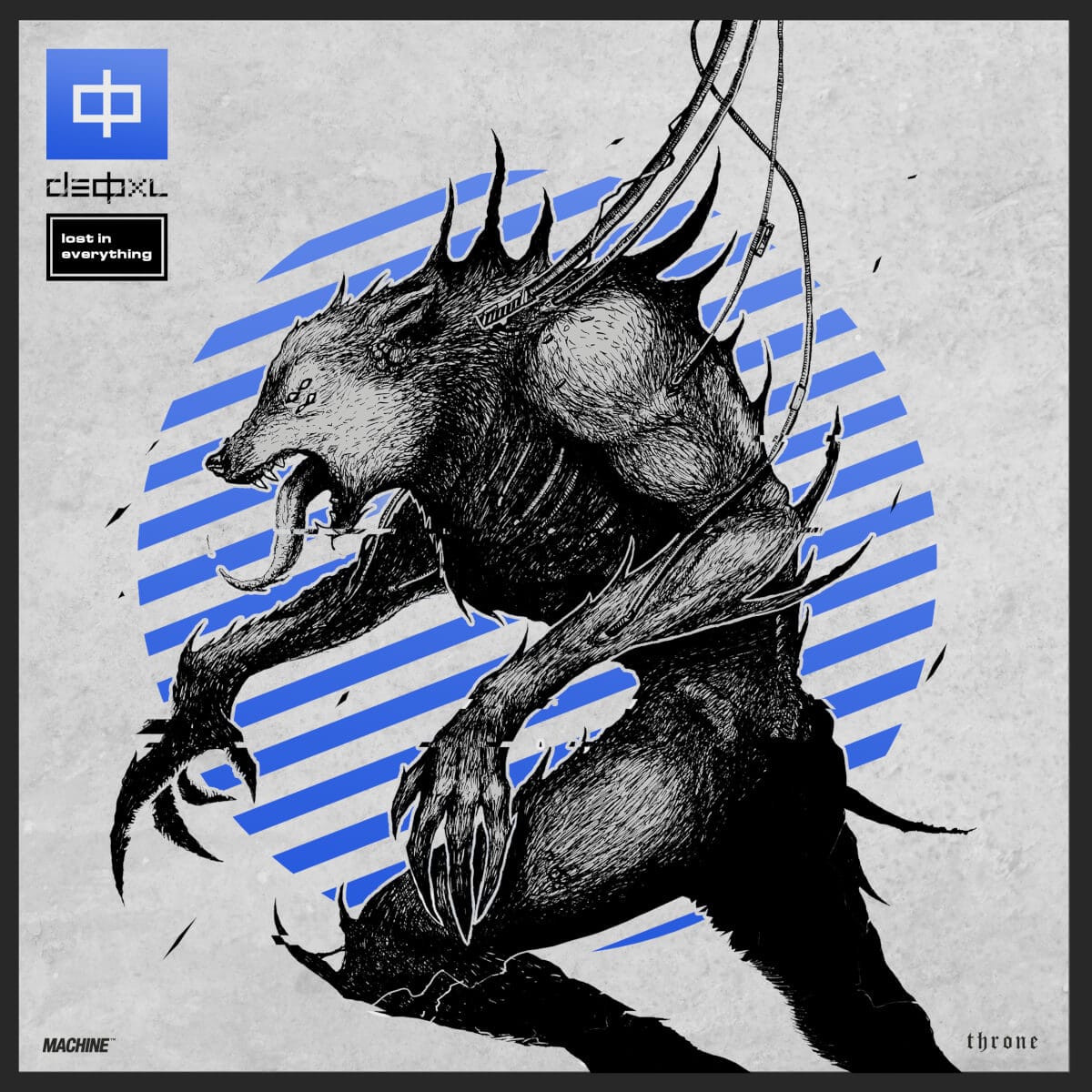 Though their first release Form​.​Follows​.​Function. was as recent as January 2015, ded.pixel (sometimes truncated as ded.pxl) founder Rhys Pixel had been conceptualising the band’s sound for years if not decades.

Rhys spent years immersed in the dark alternative scene of Europe, North America and beyond, allowing him to fuse his own musical preferences and those he encountered into that first, ground-breaking EP.

It’s been a long and sometimes tumultuous journey that has led from that early musical fruition to current release Lost in Everything, which was engineered and mastered by Paul Lavigne.

Originally conceived as a solo project, recent years have seen the addition of Ashleigh Talbot (Voidstalker) on bass and Chris Crysand (Room 1985) on guitar. With that creative sea change, ded.pixel has developed exponentially to a point where it is now established as a fully-fledged band both on stage and in the studio.

That’s something that’s also seen the band’s musical palette absorb not only more instrumentation into its sound, but also has allowed ded.pixel to create an ever more ambitious, genre-crushing series of soundscapes. Originally and lovingly termed ‘Fully Automated Luxury Gay Space Rock’,  the increasing prominence of thundering bass lines and prog guitar melodies has complemented the moody synth tones and epic arrangements, which are often inspired by the ever changing architecture of Manchester.

Echoes of cultural and sonic adventurers like Teeth of the Sea, God is an Astronaut, sleepmakeswaves, Talons, Dead Can Dance, John Carpenter and Tangerine Dream wash over the listener when ded.pixel are in full flight, but no one can mistake their sound as being anyone but them.

Rhys had this to say about the motivation and thoughts that led to the creation of the piece: “Lost in Everything is a poignant instrumental inspired by the constant sensationalism of the media and the overstimulation of living in an age of hyperbolic politics”.

He also says that the latter half to the year has a lot in store for ded.pixel fans: “With a slot at the legendary Infest Festival on the August Bank Holiday, more gigs and a new album in the pipeline, 2019 is shaping up to be a great year for ded.pixel and our soundtrack to collapsing certainties and civilizations”.

Lost in Everything is from the upcoming album And to the Wolves We Are Thrown which is due for release later this year on AnalogueTrash.

‘Recent live shows have been impressive enough […], but this expansive, mind-bending new song suggests that previous work was only a launchpad. It has mournful piano, a rolling rhythm, and gloriously over-the-top, progtastic guitar solos and space-age synths.‘ – A Model of Control