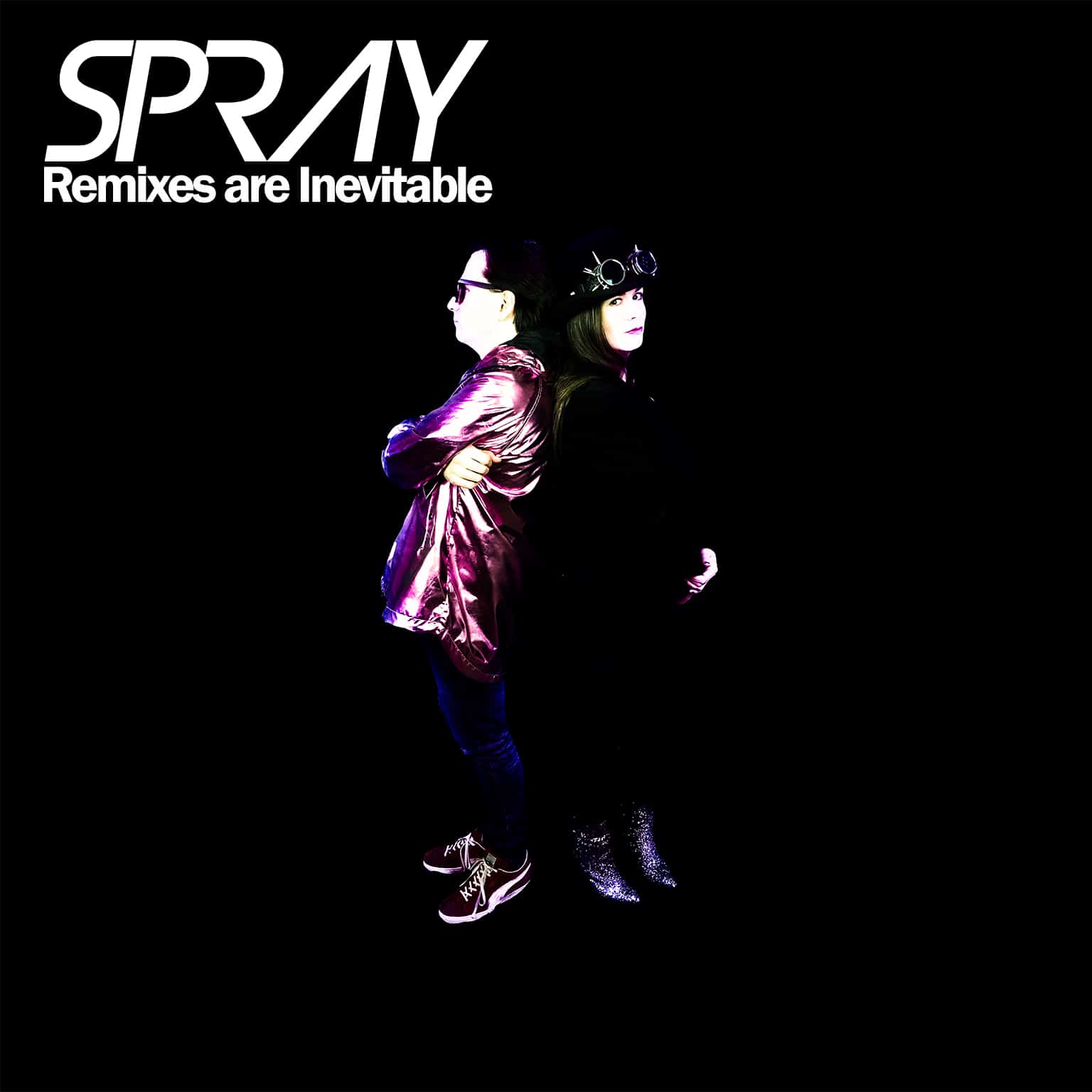 Failure is Inevitable, the most recent album from spiky sound smiths Spray is pop perfection. The album saw Ricardo Autobahn and Jenny McLaren on the top of their game, its glossy beats and cutting lyrics pleasing fans old and new.

In common with most of us when we listen to Spray, the duo can never sit still – literally and creatively – so even as they were putting the final touches to the album, Ricardo was already tweaking and reimagining the album’s tracks. The result is Remixes are Inevitable which sees Ricardo sprinkle his production magic over eight songs from the band’s recent release.

A lover of all things 80s and 90s, as well as able to smoothly switch genres at the drop of a beat, Ricardo let his passions and own pop history have free reign with this selection of reworks from Failure is Inevitable.

The wry lyrics and Jenny’s wonderful vocals are still in situ, meaning the eight tracks and nine versions (one is a double header on the remix front) retain their refreshingly fun and often withering heights. So, what do you get for your money?

An album in the best tradition of the classic days of the single remixes, reworking the tracks to make them fit for clubs, creches, car rallies and, well, everywhere.

A loud, lush compendium of pop genres and club beats, track after track is deconstructed for the dancefloor, with Jenny’s vocals accompanying everything from Italo stormers to Balearic sundown specials with plenty of dancefloor ducking and diving in between.

There’s a musical curveball in there as well but we’re not going to spoil that surprise for you other to say it’s a very radical take on the concept of the remix. Remixes are Inevitable is very much Cabaret Voltaire and DeBarge to a disco beat, but still very true to Spray’s very singular musical vision.