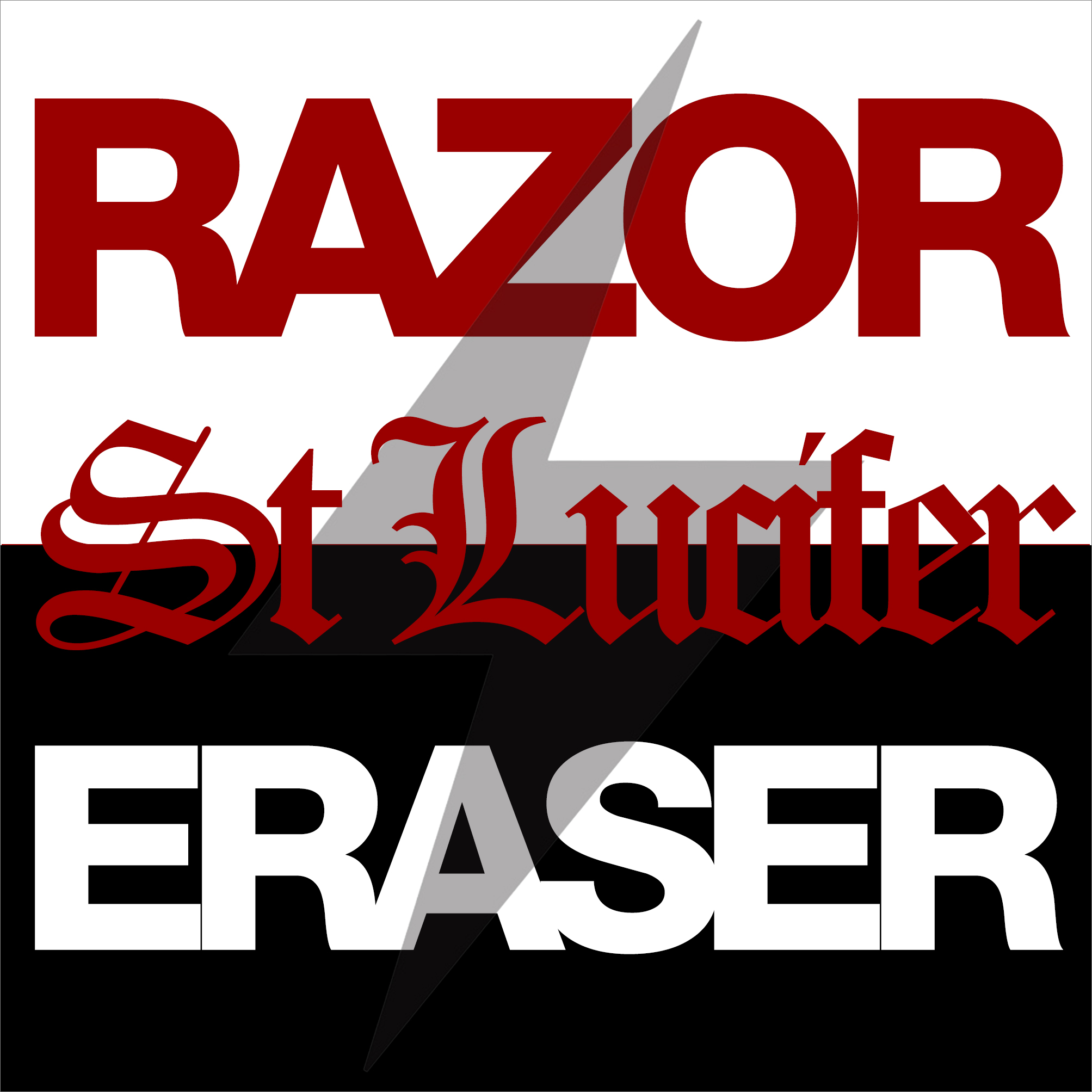 Both tracks are completely new to the St Lucifer canon, while also being the first to be released with their latest line-up – which includes core members David Fox (Vocals/Guitar/Tech) and Alice Class (Drums/Vocals) – and introducing Ashleigh Talbot on bass (also of ded.pixel) and Amy Griffiths (also of Still Forever) on vocals and ‘nefarious tech’.

Razor is 2.5 minutes of high-octane spiky-guitar ultra-catchy hooks – sounding like a steroid-assisted mash-up of earlier singles (Van Der Lubbe, Trashorama, God Is Love etc) but with a… how can we put this gently… new-found ‘funk’ dimension.

Not that ‘funk’ is a word we’d ever have thought we’d associate with St Lucifer – but, as ever they seem determined to push the limits of their wide canvas ‘genre-bending’.

Eraser on the other hand is very much uncharted waters. Dispensing with guitars entirely this is a far more motorik affair – Kind of I Feel Love meets Berlin Techno with what can only be described as ethereal vocals pushed to the fore.

Alice’s increasingly sophisticated tribal polyrhythms help to lash the whole thing together, while David’s stream of inventive wordplay leads into a chorus that’s clearly designed to lodge itself in your mind for the rest of the year.

Eraser also appears on the forthcoming compilation Biphoria/The Violation of St Lucifer. Razor is exclusive to this release.