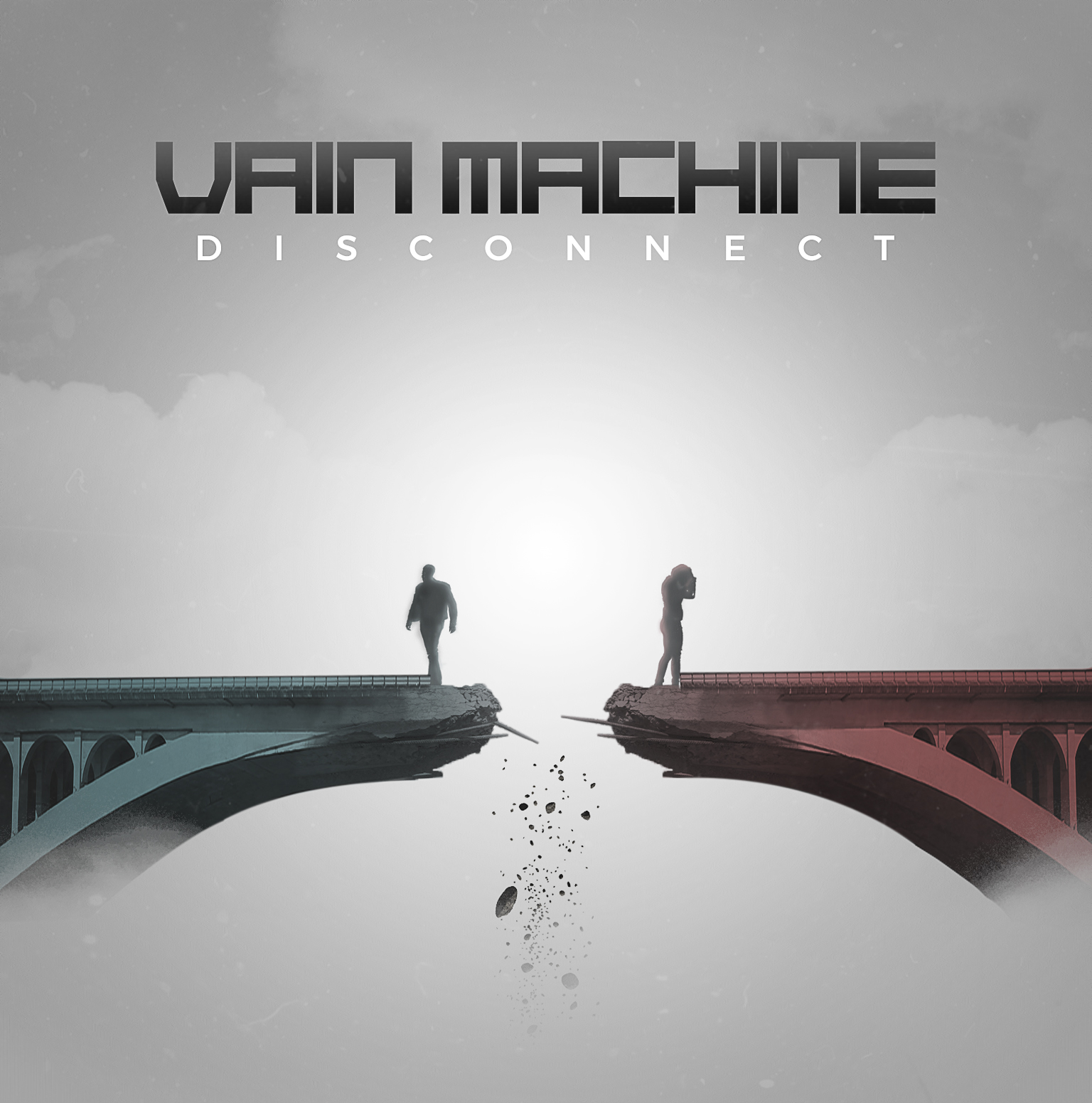 After a busy end to 2019 where they released the single Invisible and played live in the UK for the first time to an appreciative audience in Birmingham, a rapturous welcome at Beat:Cancer Festival in London and wowed the crowd at Foundations Fuck Brexit event in Manchester, Vain Machine kick off spring with a new EP Disconnect.

Omar Quiñones can already consider himself a  veteran of the LA alternative music scene, but the constant endeavours to evolve the Vain Machine sound with each new release opens up more exciting possibilities while keeping that undeniable link back to the sounds of their EBM and Industrial roots with bands such as Nitzer Ebb and Nine Inch Nails.

The confident and storming live performances through the British winter also seem to have stirred a flurry of writing too “At first, Disconnect was only going to be a single” says Omar, “but it turned into an EP and we’re looking to make some show announcements soon to support the release.”

Omar continues “Once I returned from the UK, I knew I needed to get things in motion and that’s when I wrote The Box which kind of pays tribute to the experience I had while we performed at Slimelight in London – full of raw emotion and hypnotic at the same time, it’s pretty much where I got the inspiration for the track.”

From the brooding opening instrumental of Perpetuate this five track EP grabs your attention with stark, pulsating rhythms mixed with gloriously layered orchestration, topped with Omar’s dark and powerful vocals punctuating both Breakdown and the titular Disconnect. The manner with which this work is delivered reflects the effect that last years live dates and the reception from fans, both new and old, has given the band to venture into a darker yet more melodic place. They’ve not abandoned their roots by any means but challenged what’s gone before, re-evaluated, adapted to the changes and worked that confidence into Disconnect with aplomb.

Vain Machine have been vociferous in their support for mental health initiatives, donating proceeds from last October’s Invisible to Project Semicolon, and both tracks Breakdown and Disconnect continue that theme of highlighting issues of 21st century living surrounded by pressures of social media “Disconnect is also one of those tracks that can be taken any way, but it’s really the reality of separating ones self from the toxic people, something we all go through and becomes inevitable in anyone’s life.”

Reflecting on the process of recording Disconnect “I wanted to put a lot of emotion in the songs themselves and used recording methods on these tracks we didn’t use on Lost, lots of organic sounds, but extremely dense in layers because while everyone is making dance music I wanted to make something a little more elevated.”

Fans of EBM on both sides of the Atlantic need to have Vain Machine on their list of ones to watch for 2020, and they’re a must see live.  We’re aching for them to come back to the UK as soon as possible and we guarantee you’ll want to be sharing that journey with us.