Graham Fialkiewicz is a Hull-based experimental musician who, apart from running the (pre-Covid) once-monthly event Electro Garden at Union Mash Up, is involved in five different acts, and still finds time to write film and video game scores. I chatted with him about his various music projects and how the Covid lockdown has impacted his music.

Hello Graham, first of all, tell me a little about how you started playing music?

The first band I played for was called The Sinister Family. It was inspired by the likes of Cabaret Voltaire, Tangerine Dream, and Eno. I’d been listening to a lot of T. Rex and David Bowie before that point. I played guitar and keyboards for The Sinister Family and got my first synthesiser after seeing Human League play at Hull City Hall. The Sinister Family had an indie hit with a track called Clubland that was included on the Expose It compilation album.

I’m always inspired by how many different musical things you’re involved in Graham. Tell me about what else you’ve been involved in recently?

The other bands I play with are Bloom, DFJ, Streetflowers, and Spore. Bloom is a synth and drum machine based experimental duo from Hull DFJ is a trio of experimental musicians and has just released an album called Interstellar. Streetflowers is a poetry-based act which I provide music and soundscapes for, and Spore is a drone based and ambient duo. 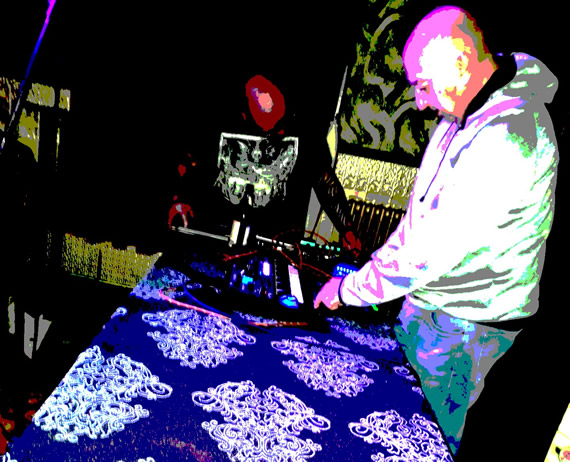 I saw Bloom play at your Electro Garden event last year, and it was a great set. Do you think you can be in too many bands?

I don’t think so (laughs), it’s all about enjoying yourself and having enough time to do these things. I’m doing other things as well including a collaboration with Canadian sound and video artist Gordon Way. We met when we were paired together on a duets album and it’s now going to be a regular thing as it works so well. I’ve also done a lot of film soundtracks such as for Max Milano’s Lunch Break at Hollywood Forever and Pompeii Beneath the Ashes.

One of my latest projects is called The Recording Angel, which is very avant-garde. And I’ve recently become interested in experimental classical music. I had my first classical piece Mothtail released by the Brazil-based label Obstinacy who specialise in noise, drone and experimental sound. They put together a compilation album called What if the Great Musicians liked Noise?

The approach was to pick a track by a composer and use their style to inform a new piece of music using modern equipment. I chose the English composer Rebecca Clarke who played the viola. I used viola and oboe with my Japanese MASF003 to get an otherworldly sound. So this was basically a classical noise track.

The move towards classical music is interesting, Graham. There has long been a positive relationship between classical and experimental music. Tell me more about this recent development, please.

Well the classical piece I’m working on at the moment is going to be about twenty-five minutes long and I’m putting it together using my Tascam Studio as it will be played on instruments without samples.  I’m using a Novation Mini Nova, a Korg Kaossilator Pro, a Yamaha CS1X and a Nord Lead 4 amongst other bits of tech. I don’t read music, so I’m keeping a lot of notes for the timings and different instruments. The piece is inspired by nature which is a theme I have often used in my sound.

You’re based in Hull, which has a great tradition of independent music-making. Could you tell me a little bit about the music scene there at the moment?

I think we have a very healthy and vibrant music scene here. Clearly guitar bands have always been popular, but we now have a great electronic and experimental music scene which is expanding. I see a lot of those acts at Electro Garden.

I think being the city of culture in 2017 left a good legacy for music and also the arts in general. The electronic music scene includes people making dance, ambient, noise, drone and all styles, and it’s been good seeing these develop in the last few years. There have also been positive interactions between the electronic music scene and art galleries like Ground with artists playing there during art shows and creating installations. 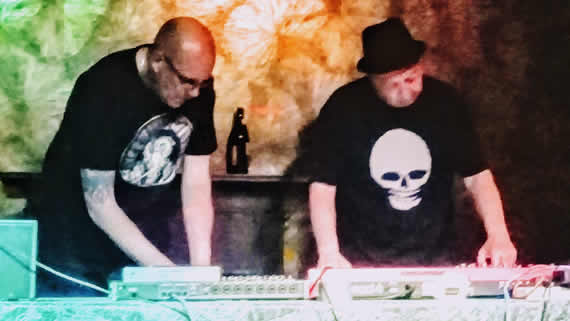 Yes, I think based on my travels that Hull has a unique take on electronic and experimental music with a particular focus on industrial noise and drone-based approaches. So, what do you make of the impact of current social isolation on music, Graham? And are you getting involved in online events?

I think the current situation has gone two ways really. People who are used to playing live and are in bands are struggling if they haven’t got home recording equipment or software. Whilst others have got creative and are doing collaborations and recordings. I’m used to working on a big body of recordings so have put my efforts into this. I’ve not done any live streams as I’ve never done that before and don’t know the technologies involved but I’d like to look into it.

I’ve started a group on Facebook for creative posts including music, painting, writing, poetry, photography during the lockdown etc. to encourage people to get creative. It’s difficult times, but I’m trying to be as positive as possible. Music is the most important thing in the world to me and has helped me get through some difficult times.

I’d second that. Thanks for talking to me, Graham, and good luck with all your projects. I look forward to hearing that extended classical piece.

You can listen to a wide range of Graham’s music and soundscape activities on the following Bandcamp page.