In this instalment Martin Christie’s Music Travels, he catches up with Ira Lobanok of Ukrainian outfit krapka;KOMA and Carla Jane Duffy of London based Pixi Ink talk about creating music for video games, lockdown, and their latest collaboration. Read on to find out more.

When I heard that Ira Lobanok and Carla Jane Duffy were collaborating on a music release, I was excited to find out more. Ira is one half of the Ukrainian multi-instrumental duo krapka;KOMA with Alona Kovalenko. They produce their own unique style of electro-pop and also promote their work using beautiful cartoons by Wolf Magnum.

Carla plays as Pixi Ink and fuses soulful and enigmatic vocals with electronic soundscapes. I’ve seen both of them play great live sets at a range of nights but had no idea they knew each other, let alone that they were working on a shared release. I decided to catch up with them both and learn about how this interesting collaboration came about. 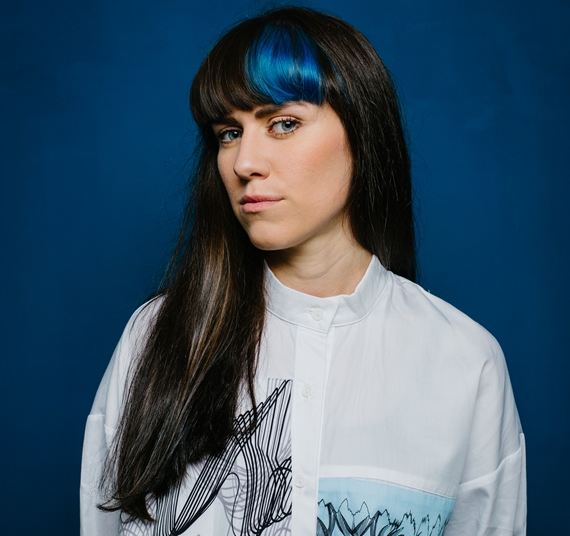 I’m excited to hear about your joint venture together. Tell me more about what you’re planning?

Carla: I happened to hear Quarantine Beat 2 by krapka;KOMA. It was a chillhop beat, and I really loved it. I commented on Insta saying I would love to sing something over it and Ira sent me the track. I wrote and sung a piece called Sugar Moon. It was when the pink supermoon was here early on in the lockdown and I felt really inspired by how beautiful it was.
The lyrics are about a couple underneath a ‘Sugar Moon’ telling each other everything was going to be okay and they would lead each other into sunrise. I’ve been obsessed with the quote “And this too will pass,” it has been the theme in pretty much everything I’m writing lately. I think with how crazy the world has been in 2020 remembering this small piece of wisdom really helps.

Ira: I was so delighted to hear that Carla wanted to sing something over our beat. I remember how I listened to what she’d produced for the first time and I absolutely loved it! The voice, the phrasing – how it started to sound like a real song and I got an idea to release it as a single. I played what Carla had produced to my band member Alona and she got very emotional because we didn’t imagine that vocals would work. The music was written for a computer game called Titan Chaser. But Carla’s voice fitted with the music so well, we started thinking about album art, and how to make a visual where there are 3 of us and a pink moon. 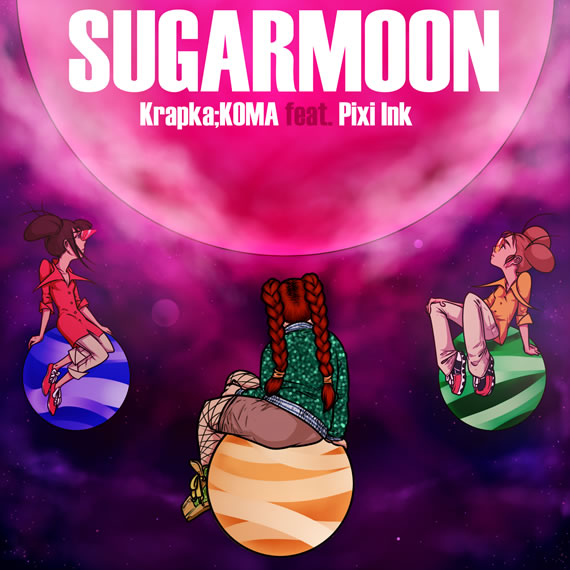 I love how a piece of music for a computer game has evolved in this way. Carla, please can you tell me more about your own music projects. What else have you been up to?

Carla: I’ve been working on my next Pixi Ink EP called Sea Ink. I recorded and chopped up lots of ocean sounds when I was living on Jersey, so it’s got a beachy feel, though like a lot of my work, it’s also quite moody. It’s going to be my first solo production and I’m planning to have it released in the next two months. I’ve also been collaborating with a filmmaker called India Gaul and a fashion designer called Tanja Novak. We have a made a short film together called Queen of the Mob with an original soundtrack. 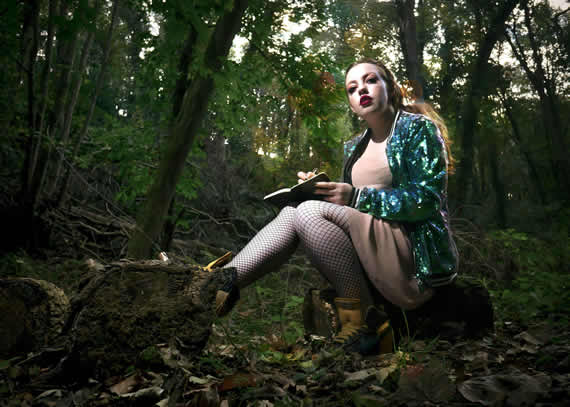 I really like the idea of recording and chopping up ocean sounds Carla. That should be awesome. Ira, can you tell me more about your other projects as well?

Ira: I’ve been working pretty much non-stop on Quarantine Beats with Alona. We decided to do this when we realised we could not see each other during lockdown. There are nine Quarantine Beats in total and each one also has its own video. The music is intended to have a positive vibe and bring some joy in these weird times.

I’m also working on a collaboration with a Ukrainian singer-songwriter called Mudra. My contribution is as arranger and mixing engineer. Our single is coming out this month. I’m also city leader of Sofar Sounds in Lviv. I set this up to showcase emerging musicians and artists for Ukrainian audiences. This remains a big part of my life, even though shows are suspended for now, because I’ve also been working on mixing sound for the videos for the YouTube channel.

The pandemic has been so tough on live music I really don’t know how it will survive in the short and medium-term. How have you both found being involved in music during the lockdown?

Carla: Strangely it’s been a blessing in disguise for me. I’ve been able to knuckle down and focus on finishing projects and not worry about money as I’m on furlough from my day job and getting the 80% which is a luxury I’ve never had before. I’m hoping the things I’ve worked on during this time will bring me closer to working full-time in music.

You’ve done well Carla! Personally, I’ve found it hard to focus on any one thing for very long and find myself flitting from one project to another. I never seem to finish anything. How about you Ira?

Ira: For me it was definitely a time for revising my values. I realised that the most important thing for me is performing and it motivates me to do the rest – to write music, to do management and promotion. So without a perspective of gigs I got really depressed at first. I thought it’s a great time to catch up with all my half-finished projects, but I also felt like there is no point. Also, social distancing really crashed me at first, as I’m quite a social creature. But after we got an opportunity to work on the soundtrack for the game, I started to see a purpose for our music. Then a lot of other projects and collaborations appeared just like this one with Carla. Now I feel much more comfortable with the current state of things and can see the benefits of working in this way.

Martin: Musicians are creative people and I think they will be able to adapt just like you have. And there’s no doubt live music will come back eventually, and we will be able to gather again in tiny spaces to listen to our favourite music. Thanks to both of you, and I very much look forward to hearing Sugar Moon.

Sugar Moon by Carla Jane Duffy and Ira Lobanok is released in early July via all major streaming services.